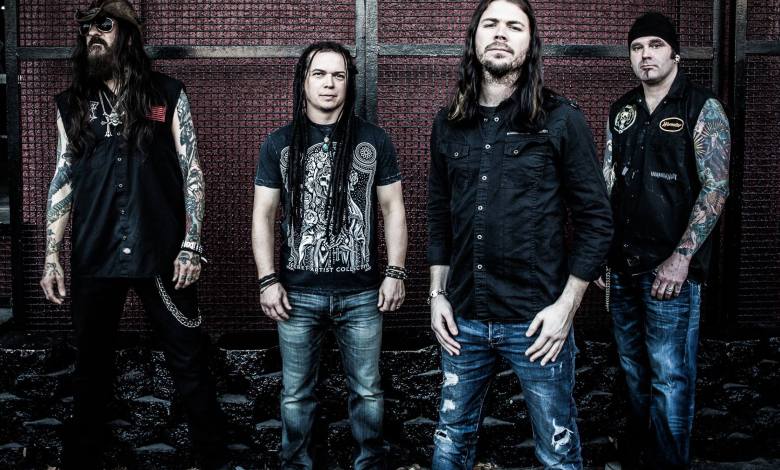 On today’s podcast, we talk about the Saliva show in the Last Frontier of Alaska. It’s pretty uncommon for a big-name act to come up and rock out. Stay tuned, and I’ll tell you my thoughts on the show at the Matanuska Brewing venue and why big rock acts stay away from Alaska.

Hello and welcome to the Rock n Coasters Podcast. I’m Michele Forto for First Paw Media. Today we are talking about Saliva. The show was at the new Matanuska Brewing soundstage in Eagle River, Alaska on a perfect summer evening. This is our first time here, and reminds me of a backyard bar-b-que. They had food trucks, ax throwing, and we brought our cool eno chairs that we bought at Bourbon and Beyond.

The sound was great. The stage is almost perfect for a venue like this and the fans can really get up close.

Thera a local band from Anchorage, hit the stage at 7:15, while not our favorite, it felt a bit like Linkin Park or maybe the Sick Puppies.

After about a half-hour break…Hailing from Memphis, Tennessee, Saliva was up next right on cue at 8:30 and then played right up until 10, the local noise curfew.

This is our second time seeing these guys. The first time was smack dab in the middle of the Covid lockdown when they came up for a show at the Alaska Raceway Park with Alien Ant Farm. Got to give it to them for doing that show when everyone was scared to death to even go outside.

While Saliva is not one of our favorites, any excuse to go to a rock show in Alaska is a big deal. It’s tough to get anyone, mid- to big-name acts up here.

Thankfully we were fortunate to see Foo up close and personal for one of the best small venue performances we have ever seen last summer.

Did You Know: After acquiring front man Bobby Amaru in 2011, Saliva became infused with new blood, energy, and spirit. The same energy launched Saliva’s career in 2001 with the release, Every Six Seconds – a certified Double Platinum-selling album containing the hits, Click Click Boom and 2002 Grammy nominated, Your Disease. Saliva’s in-your-face, anthemic writing style continued with a certified Gold-selling album Back in to Your System with hits: Always, Raise Up, and the Nikki Sixx co-written, Rest In Pieces.

Saliva has toured the USA and world with bands including Sevendust, Aerosmith, and KISS. They’ve also appeared on the main stage at countless fairs, festivals, and bike rallies – Sturgis, Rockin The Rivers, Daytona Bike Week, Rock on the Range, and Welcome to Rockville to name a few.

Saliva has become a unified team that will not be rushed or pushed into deals that are not advantageous for the growth and expansion of Saliva as a whole. Upon adding former Shinedown and Fuel bassist, Brad Stewart as a permanent member, Saliva solidified their new lineup consisting of Wayne Swinny, Paul Crosby, and Amaru.

For perspective, it was 2010 when Godsmack was here, Stone Sour, Shinedown, Halestorm, and 3 Days Grace have played the Alaska State Fair over the last decade or so, and Kiss played in a high school gym up here way back in the day!

Why is it so tough to get big-time rock shows in the Last Frontier, you might ask? Simply it’s logistics. We are a long way from anywhere, and most big acts travel with at least a couple of stages, meaning they set up the next couple of shows ahead of time. To come here it means either lugging their gear up and crew or renting it locally, which is far from optimal.

But when bands do come up, they usually make a vacation of it and go see glaciers, fish for salmon or maybe even a dog sled ride. I remember Dave Grohl saying during his show, “Do you wanna party all night? It will still be light out so what the hell!”

Back to Saliva…yeah yeah we know it’s not Josey Scott, but the dude has been gone for years and Bobby Amaru does his thing very well. He rocked the crowd posed for a bunch of selfies with fans and treated the show like it was great to be here.

Robert and I headed up front, dead center as they opened with Ladies and Gentlemen. Up there the crowd was rowdy and it felt like a freakin’ rock show. You wouldn’t know it up that close if it was 50,000 or a couple hundred. They played a mixture of old and a few new songs from their upcoming record.

There was a mixture of everything at the show, ladies dancing like Elaine on Seinfeld, others drinking too much and puking, and people getting thrown out by security. Heck, it was so laid back before Saliva hit the stage Robert and I had a drumstick ice cream cone.

The encore was awesome…first it was a mash-up Michael Jackson, Missy Elliott and Eminem

Then the band brought up a bunch of kids on stage as they kicked off Click, Click, Boom and by the end, kids were singing and dancing, and it would be a concert they will never forget. Heck, Robert still talks about his first show seeing Kiss when he was seven.

All in all, it was a great show. This little venue is precisely what Anchorage needs. Who knows, maybe we will go to even more shows here.

So what do you guys think? Do you like seeing shows at small venues, at large festivals, indoor arenas or stadiums? All have their perks. Let us know in the comments or on our socials just search Rock n Coaster podcast.

Oh and one last thing, did you know the single best thing you can do for our show is to tell your family and friends how to listen. Who knows, they might just become a rabid listener just like you. 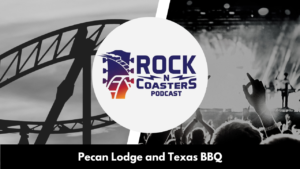 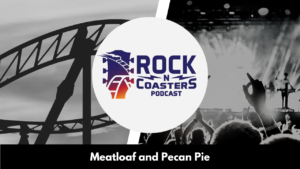 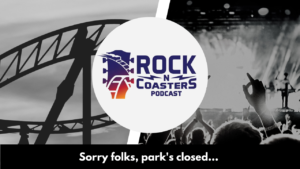 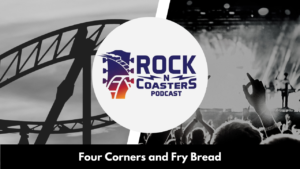